We find, fund and fuel brilliant people and brave ideas to make Wales a world leader in cancer survival 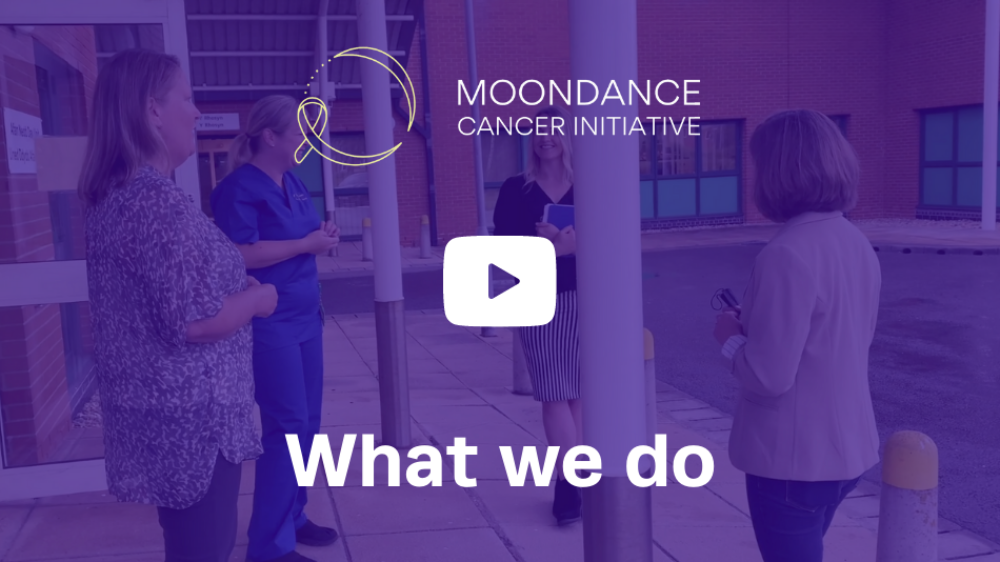 Cancer is the single biggest cause of premature death in Wales.

In the next 15 years, there will be more deaths from cancer in those under 75 than those from cardiovascular, respiratory and liver deaths combined. At the same time, the incidence of cancer is rising at just under 2% per year for the foreseeable future.

And this effect is unlikely to be equal. In recent data, the five-year net survival rate in the most deprived 20% of areas of Wales was only three-quarters of that in the least deprived 20%.

Moondance Cancer Initiative aims to accelerate significant and sustained improvement in cancer survival outcomes over the next 10-15 years.

We identify, trial and evaluate pathways, practices and technologies with potential to help more people in Wales survive cancer

We fund and support innovative people to improve cancer survival, in clinical and community settings

We believe fewer people should die from cancer in Wales, no matter who they are or where they live

More than money, we give bold thinkers support to make ideas happen.

A peritoneal metastasis service for Wales

Realising the potential of audit to improve bowel cancer outcomes